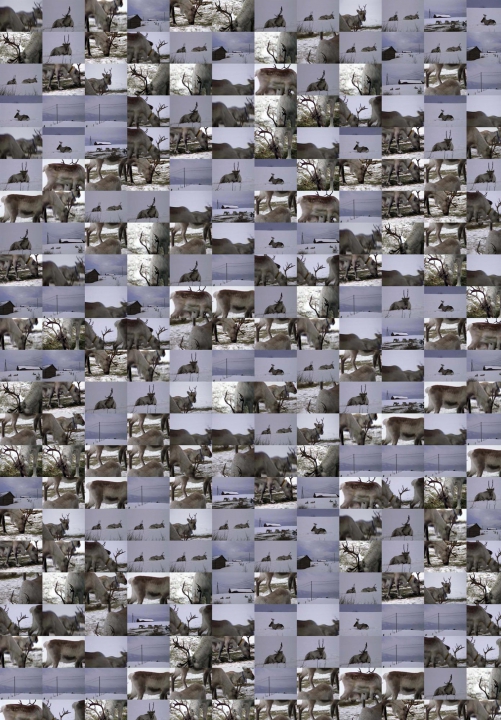 Reindeer in the snow. On a computer screen. In four rows of four, sixteen different images next to and under each other. Fifteen of the deer are standing still, while one is moving frantically. You approach the screen: the moving reindeer freezes, the other fifteen go wild. The effect: emotion, bewilderment. A primeval experience surfaces as soon as the reindeer start trotting. You take one step back and the animals freeze again, except for the one that stood motionless, which now bursts into frantic movement. The effect this time: being touched by timelessness, dismay, sadness at purity. The idea that the world could be stopped is existential poison; the Fates lay down their spools and sing; the song of the Sirens resounds. Leo Anemaet‘s music, which accompanies the piece, reinforces the effect of the change.

“Heimola is an interactive installation of hypnotizing simplicity and beauty.”
– Nature is never wrong, Arjan Mulder